has it really been almost two weeks since the end of the fringe?
it feels like recovery has only just begun...

it's been nice to get away and have some time to reflect on the month-long blur or beer, battered food and box office reports that was august. it was a strange one this year, for a number of reasons. the well documented lower audience numbers, particularly during the first half of the festival were something that we didn't expect, despite people's warnings about the effect of the olympics. in truth, i don't think the blame lies solely at the door of what was happening in stratford but more likely, it was a combination of various factors which this year finally came to a head.

the fringe has been expanding year on year, but has now arrived at a point where that seemingly indefinite increase in the number of shows means there is just too much choice for audience members. there is simply no way all those seats can be filled. the fringe society were quick to point out that sales were -according to early reports- only down 1% this year. but when you consider the number of shows rose by 6% and the booking lines were open earlier than ever -some as early as january- you begin to realise that perhaps looking at the reasons why audience numbers were lower rather than simply defending this year's sales may be a more helpful tactic.

ticket prices are another area that has slowly crept up and up each year until for the first time i think they actually became an obstacle for punters who didn't want to pay that much, and fair enough. when i first came to the fringe in 2001 ticket prices were generally £7, with concessions at £5.50. that was the way the fringe was positioned, as a fresher, rawer and ultimately cheaper alternative to professional theatres. this year some household names were charging £18.50 a ticket for their fringe shows and it would be very hypocritical not to point out that our own prices had been set this year for up to £14 (£12.50 concessions) at weekends. when you consider that you can see a play at the national theatre in london for a tenner... it does put the current fringe ticket prices in quite an alarming context. as richard herring points out in his insightful piece on ticket sales, we are after all in a recession and the fringe is "open to the same market forces as the rest of life".

so what is to be done? well, there have already been a few good opinion pieces on what could happen, and the steps that might need to be taken next year both by the fringe society, and by acts and their management companies if indeed the bubble has begun to burst. the overall message is that change is definitely necessary in one form or another. kate copstick has some excellent ideas in her article that should be seriously considered and steve bennett, editor of the comedy website chortle has some very good advice in his reflection on this year's situation.

for us gimps, it was a strange year as well and the need to change things for the future was felt as keenly by us by the end of the month. by creating a show that had such high production values and reliance on technical effects we left ourselves with a lot or work to do technically and comedically to make a show that met our previous standards, which left ourselves wide open to criticism if it didn't.

in some areas i think we all agree we didn't quite hit the mark. there were areas where the technical side let us down- like the computer going down on a few nights. other areas where we simply ran out of time to make all the videos or 'gimp stings' between sketches so their quality suffered, and in some areas we were concentrating so hard on getting the production looking right that we didn't quite nail the sketches or come up with the right punchlines. however there were many, many parts of this show that we are hugely proud of and feel like they are as good as anything we've done up till now, even if the entire hour might not have maintained that level.

the reviews weren't bad at all, in fact they were mostly very balanced (with one exception which made us laugh out loud it was so subjective) they just all seemed to agree that it could have been better. the hardest thing about reading a critical review of something you've done is when you agree with it. and we agreed with a lot of what had been said.

the funny thing was the audience reaction never changed throughout the month. the feedback that we almost unanimously received was that this year's was our best show. whether we agree with that or not, it is genuinely lovely that people thought that and that they keep coming back each year. we're very lucky to have such a loyal and enthusiastic fan base and we're very grateful for it.

but rather than feeling downhearted, i'm actually perhaps more excited than ever about what we might do next. you learn immeasurably more from the stuff that doesn't work than the stuff that does, and the idea of doing things differently, reinventing, starting from scratch is a very exciting one. plus, there were so many inspiring shows this year when you look at the likes of tony law, pappy's, doctor brown etc, you realise actually you don't have to adhere to people's expectations, if you work hard enough at creating the show that you -first and foremost- are happy with, and is the best it can be, then you can do something really special.

right. so that's the next twelve months sorted... 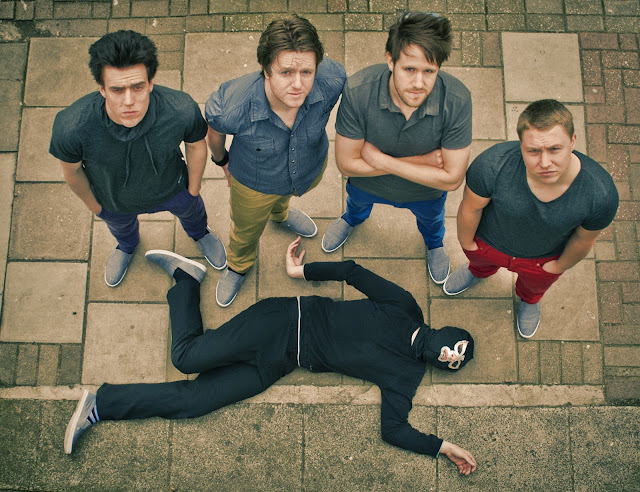